What is the primary breakthrough here?

There is a LOT to learn about this counter-intuitive design, but the most obvious thing about Synergy is its distinctive tail configuration.  It’s a technology that could give any well-designed airplane a fundamental advantage.

Our underlying breakthrough is our founder’s patented technology for high span efficiency through stability: using the tails to help the wings make less drag.

Every airplane has a wingspan, and a weight.  More span efficiency means that ‘a given wingspan’ will work better at a given weight, up to 32% better than a normal wing. Unlike any normal wing, including tailless ‘flying wings’, the Synergy configuration can reach the minimum induced drag for its wingspan and weight.

As weight increases, such as for an electric aircraft, more payload, or longer endurance, the advantage of high span efficiency increases exponentially. It especially helps planes that have to weigh more, or fly higher, or slower, or maneuver efficiently under G-force loading, such as airliners and racing planes.

Synergy’s Double Boxtail (DBT) configuration (US8657226, 9545993) is a broad technology that benefits slower and heavier airplanes even more than it does ours.

Yet because this arrangement is more suitable for high speed flight than longer wings are, DBT is also the right starting point for using other, more technical drag-reducing technologies, such as laminar flow, wake propulsion, pressure thrust, and boundary layer control. In fact, it is easily the best configuration to allow a car-like passenger plane…of affordable horsepower…to reach the previously unattainable speeds where these initiatives bring exponential new benefits.

Our name is not a buzzword. When taken together synergistically, these drag reduction technologies improve aerodynamic performance to the Gabrielli-von Karman limit, a benchmark that is anywhere from two to fifteen times as efficient as typical powered aircraft, depending on their speed. No manned airplane has ever come remotely close to such fuel-efficient high performance in this speed and weight category.

Here are some of the benefits of the unique new DBT technology, as it applies to our first aircraft in particular. 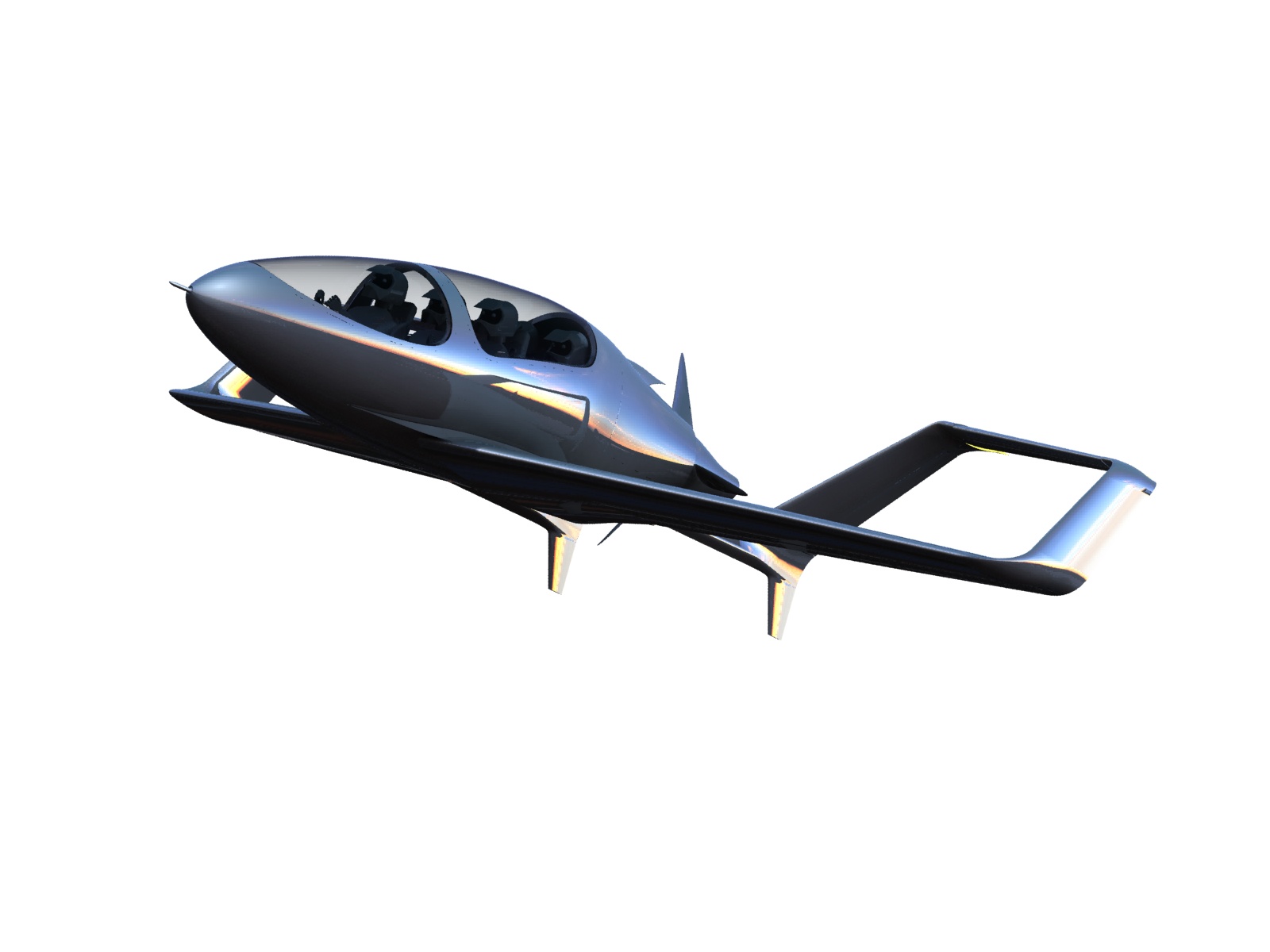 Various DBT models have been making the above obvious for some time. Wanna see it fly?

Presently, Synergy Prime, Synergy derivatives, and other DBT aircraft designs are being developed and studied by governments, industry, hobbyists, and universities. A large, fast aircraft is required to achieve the size/speed regime where our (equally valuable) high speed drag reduction technologies make economical on-demand regional transportation possible, but it’s truly exciting that these many DBT benefits typically result in beautiful, well-mannered aircraft that are a joy to fly.