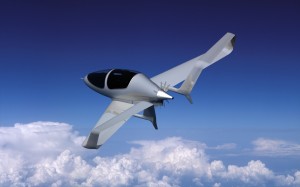 This entity served very effectively as an incubator and accelerator for the demanding multi-year research phase of a new aircraft design. Having worked through the hundreds of expected challenges successfully and at low cost, in 2019 we began restructuring to form, and merge into, DBT Aero, Inc. in Delaware.

The time has arrived to gather potential team members and welcome professional and accredited investors, subject to specific materials and disclosures provided only to legally qualified persons.

By car or by airline, travel is slow, inconvenient, and expensive, especially for small groups on short notice. Synergy Aircraft is developing a patented solution: quiet, comfortable, fuel efficient smartplanes: as convenient and relevant as cars, so you can go where you want, when you want; together. Small town airfields included.

We value our time, personal space, and autonomy. Since you do, too, we focused more effort on comprehensive, informed design to meet the production and cost requirements of a truly mass market opportunity.

At less than five cents per seat-mile, the unprecedented economics of ‘Synergy Prime’ reveal the true keys to fast regional travel at low cost: it’s about aerodynamics. Until now, powered aircraft capable of both high speeds and slow landings have utterly failed to achieve economy.

…to use the other 98% of the already-existing aviation infrastructure, under existing regulations.

Every hour, the auto industry makes another 10,000 cars. The actual, unrealized demand for a tool that is just as economical, but six times as fast, is some fraction of that figure. It hardly matters what number we pick: meeting such demand is not trivial. Nor is solving the puzzle of scalability easy. But like the infant Tesla Motors, our solution rolls out at low cost, to an eager fan base, in testable phases.

Early versions of any technology tend to have packaging problems and waste energy. It’s good to compare the incredibly complex cinematic marvel in your pocket with early cell phones, for example. Smartphones arrived by the billions, when they blew away all prior expectations for capability at a given price. Smartplanes will do the same, although at a tiny fraction of the pace. 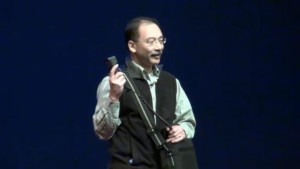 DBT Aero, Inc. sees the present aviation market state as the mere tidal pool of a gigantic ‘blue ocean opportunity’ where people fly when and where they like. Our strategic long term plan builds profitably from an active niche of early adopters in the less-regulated personal aircraft market, in order to scale up, iterate, and validate all aspects of future, commercially-certified air taxi products.

The Company is pursuing a uniquely powerful strategy for higher volume productivity than prior manufacturing efforts. The Synergy team acts from a base of integrity and experience  in ways that are deeply insightful, practical, and globally achievable at scale.

John McGinnis and family, occasionally joined by a rotating roster of international volunteers, went to work building and test flying numerous prototypes of this award-winning design as a garage project, successfully knocking tens of millions of dollars off its development costs without compromise. Until 2015, Synergy Aircraft had no employees, and typically worked alone and with a few contractors.

In 2016, the Company moved into new facilities, hired a fantastic staff, and began providing design, fabrication, and analysis services. Bootstrapping Synergy throughout the seed stage has allowed hundreds of design solutions to mature in utero: well developed and immune to many of the subtle compromises that soon cripple the many ‘prematurely born’ aircraft companies.

DBT Aero, Inc. sees a full pipeline of future innovations in both manufacturing and aeronautics, which when developed will thoroughly revolutionize the capabilities and economics of flight in multiple categories.

Promoting and selling vaporware is a misguided industry tradition that results in business failure. It created the most jaded customer one can find, and they’ve heard it 50 times before. The difference here is that we were that customer, so we’ve worked a long time to fix things. Without taking ‘orders’ that can’t be filled immediately.

When the incubator LLC was formed, many people understandably confused John’s popular, garage-based prototype project with a new “airplane manufacturing company.” Only now is that phase getting underway. To reach the full potential of the opportunities takes a long time in aviation due to the sequence of achievements and investments required.

Doing Synergy as project resulted in a great head start for the company, a lot like the early Tesla Motors. We knew that to start up properly meant keeping the burn rate down while solving the intricate challenges of making things simple. Early production stages take advantage of a hobbyist niche market, providing needed refinements profitably as we grow into each larger market. We know that flying around in our hotrod ‘Roadster’ will power us into the public consciousness.

We want to quickly grow a 21st Century aircraft company as good as our breakthrough product. We bring the seed of a transformative opportunity and the soil of clear vision. We know how to make it rain, and we’ve received nothing but sunshine so far.

Synergy will not only reward the generations of pilots who’ve waited this long, they’ll entice thousands of new users to own and operate affordable smart planes. Later buyers won’t even need traditional pilot credentials (borne from the need to manage outdated navigation systems, 1930’s engines, and cockpit systems.) This brilliant concept is emerging through cooperation with the FAA’s own farsighted vision for tackling such needed reforms at their source.

Responding powerfully to the Synergy opportunity brings significant capital requirements and substantial risks. During our transition to new structure and subsequent funding rounds, full business disclosures are only provided to select accredited investors. Any who resonate with our limited public disclosures are invited to introduce themselves to learn more in advance.

Note that the foregoing includes forward-looking statements and does not constitute an offer to sell securities, nor is any such offer implied. Nothing on this website shall be considered a solicitation or offer to buy or sell any security or other financial instrument, nor to offer or provide any investment advice or service to any person in any jurisdiction. 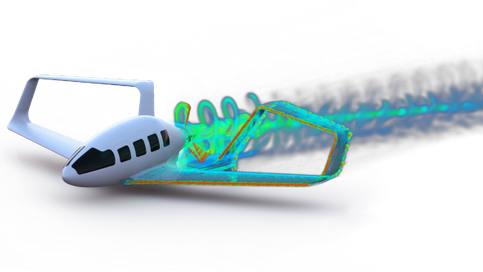 The Synergy team, Part One… 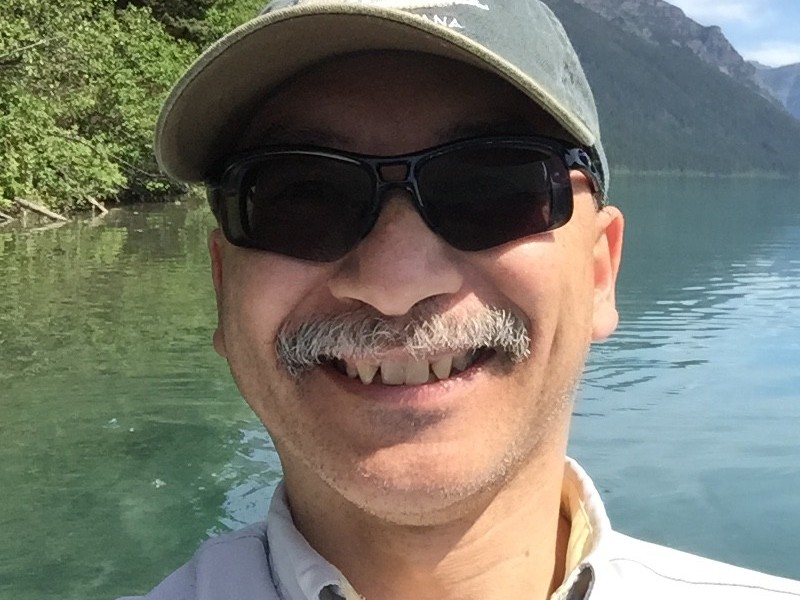 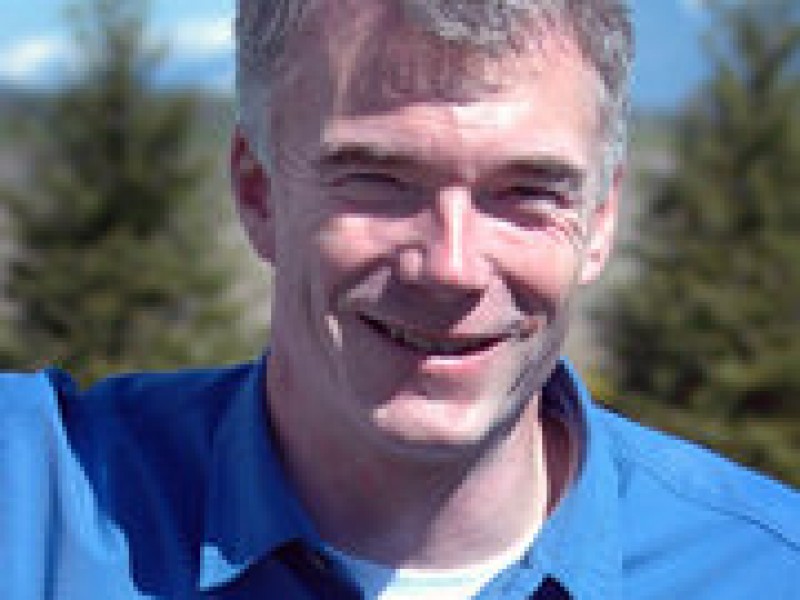 A commercial pilot who grew up around aviation in Alaska, Synergy co-founder John Paul Noyes has a special focus on the intense recruitment, development, and training process at the heart of every startup. A GrandMaster in the martial arts, Mr. Noyes trains championship athletes not only in the discipline of required effort, but to become principled, ethical leaders. He has built an Olympic-level coaching career and a thriving business on the same cornerstones.  Mr. Noyes flies backcountry travelers to remote airstrips for wilderness excursions and also owns a popular Vans RV-6 kit aircraft, which he flies extensively for business. He is a well known, highly respected community leader.

Michael Duke is an experienced entrepreneur and business executive who has started, bought, sold and/or turned-around multiple companies in aviation, consumer products, hospitality, 3D imaging and online search. Michael has been an executive coach and management consultant and formerly worked for what is now Oliver Wyman. Ten of his years were invested in rising through a Fortune 500 firm through positions in logistics, technology sales and IT/enterprise architecture. 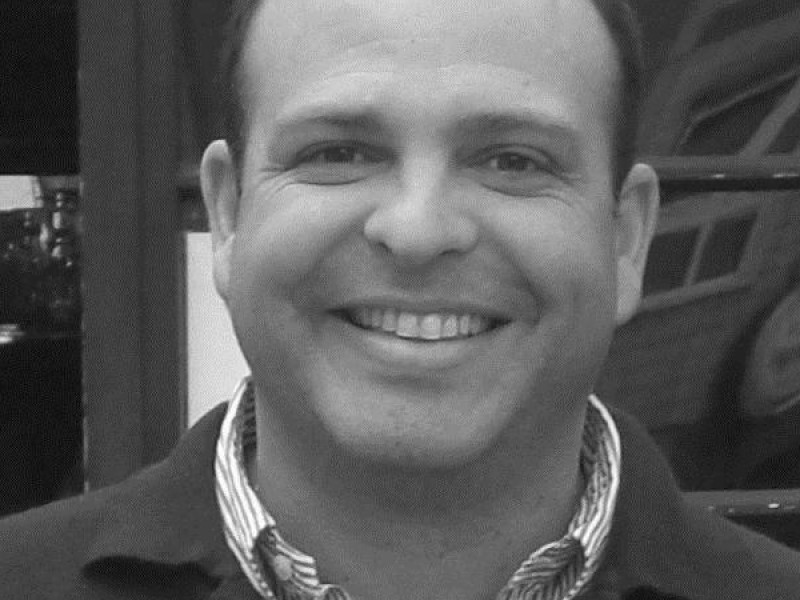 Martin Capriles is a results-oriented, international senior business leader with a proven track record driving corporate performance, innovation, growth and profitability. CEO of PEMTx Energy, an ambitious start-up in the field of sustainable energy leveraging technology to produce clean energy products. Martin also serves as Vice President of Finance and Business Development for GGC Investments, a private investment firms with a hands-on approach focused on venture capital, business development, corporate finance and family office services. He is an experienced executive with a track record in M&A, corporate finance, administration, strategy and operations. He is a board member at Surfside Coffee, a 56 Dunkin network in Florida.  Mr. Capriles is an active private pilot and founding investor in Synergy Aircraft, LLC. He is also a founding partner and investor in STUDIGY, an innovative start-up working at the intersection of education, technology and media. Prior to his recent activities, Martin spent 20 years with CEMEX (NYSE: CX) in various roles with P&L responsibility, including CEMEX Venezuela’s Board of Directors, Head Investment Officer, Commercial Vice President, and Trading Director. He holds an M.S. from Caracas’ Universidad Metropolitana and an M.B.A. from MIT’s Sloan School of Management where he is a Sloan Fellow.